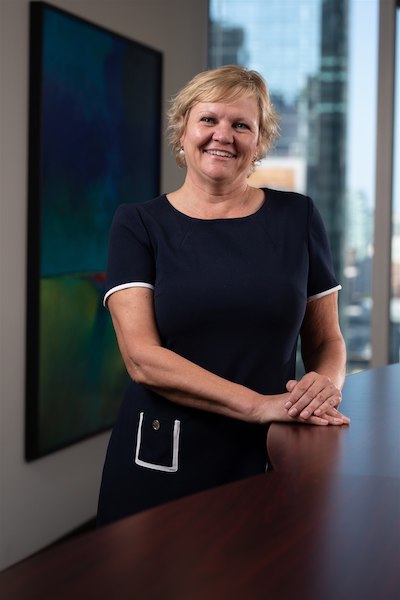 Tracy Robb joined Curcio Law Offices in 2001 and was named managing partner in 2016. She concentrates her practice predominantly on appellate law.

Tracy has also established herself as a strategist for brainstorming with the trial team at the firm. She provides support at the trial court level with her research and writing skills which has served as the foundation for victory on many dispositive motions including motions in limine successfully barring defendants’ key evidence and experts from the trial. Ms. Robb has successfully defended the firm’s verdicts appealed by the defense firms and insurance companies both at the appellate and supreme court level and also obtained reversal where trial error was alleged. Tracy is known in the legal community for her outstanding analytical skills and articulate writing style.

Before joining Curcio Law Offices, she worked as a Hearing Officer for the Office of the Chief Judge of the Circuit Court of Cook County determining parentage and child support matters and also resolving various custody and visitation issues. Tracy honed her skills early in her career as a Law Clerk for an Appellate Court Justice where she was responsible for researching and assisting in drafting legal opinions.

In addition to her civil appeals and strategic responsibilities as the firm, Ms. Robb relies on her analytical mindset and accounting background to direct the firm’s business and financial management activities on a day to day basis. Ms. Robb is also active in the legal community and served on the Illinois Supreme Court’s Committee on Character and Fitness from 2006 to 2016. She has been recognized by her colleagues as a Leading Lawyer and a Super Lawyer.