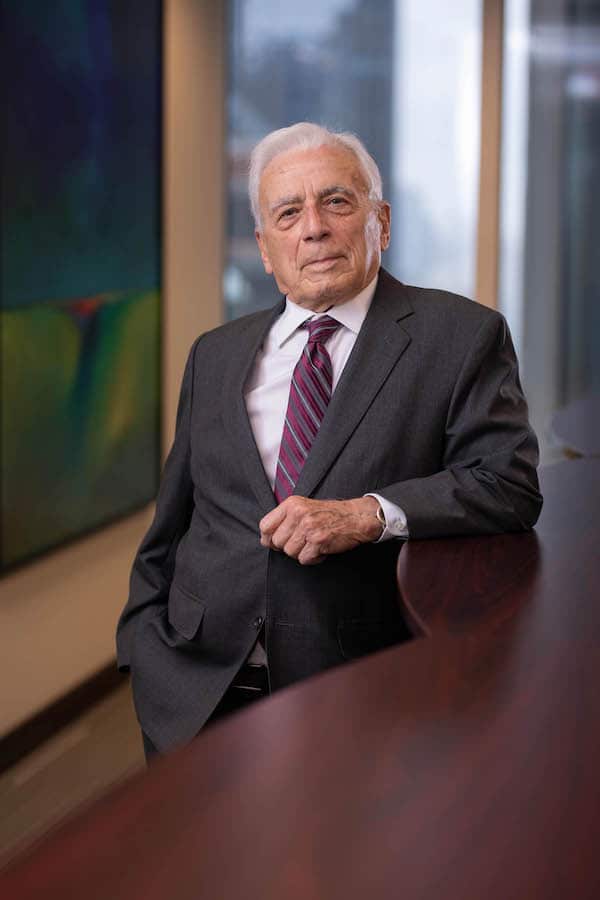 Joseph Curcio was raised in Chicago in the old Italian neighborhood along Grand and Damen Avenues on Chicago’s West Side. The son of a shoemaker, Mr. Curcio learned very early the importance of hard work and paid his own way through college at DePaul University and law school at John Marshall working various night jobs, including repossessing cars. Upon his graduation from law school in 1956, Joe had a very brief stint as a claims adjuster for an insurance company before striking out on his own as a solo practitioner.

From the beginning of his career, he had a passion and talent for trial work, and by the early 1960’s his practice became focused almost exclusively upon representing plaintiffs in personal injury litigation. In doing so, Mr. Curcio enjoyed great success as a trial lawyer over the course of his career and is well known in the legal community as a fierce opponent and determined advocate on behalf of his clients. Many of the verdicts he has obtained at trial and successfully defended on appeal continue to serve as precedent in Illinois today, including the landmark case of Simpson v. General Motors, which first recognized a plaintiff’s comparative fault as merely a damage reducing element of a claim rather than serving as a total bar to recovery.

Mr. Curcio has been a proud and active member of the Illinois Trial Lawyers Association throughout his career and was elected to serve on the Board of Managers in 1983. He has been an active participant on both the Rules Committee and the Executive Committee and has lectured and authored numerous articles for ITLA and IICLE. In 1998, he was appointed by the Supreme Court of Illinois to serve as a member of the Illinois Pattern Instruction Committee, which is composed of distinguished lawyers and judges throughout Illinois and authors and publishes the instructions that judges give to juries in every civil trial in Illinois. Mr. Curcio is also an active member of many other legal organizations and is especially proud to be recognized as a leader in the fight to protect consumers and fend off efforts by the insurance industry to impose tort reform in Illinois.

Mr. Curcio’s achievements have been recognized by his peers and he was awarded ITLA’s Leonard M. Ring Lifetime Achievement Award in 2009. He has the highest rating by Martindale-Hubbell (AV); he was voted an Illinois Super Lawyer by his peers every year since 2008; voted one of the Top 100 Trial Lawyers by the National Trial Lawyers organization and was selected as a Leading Lawyer by the Leading Lawyer Network in the area of plaintiff’s personal injury law.